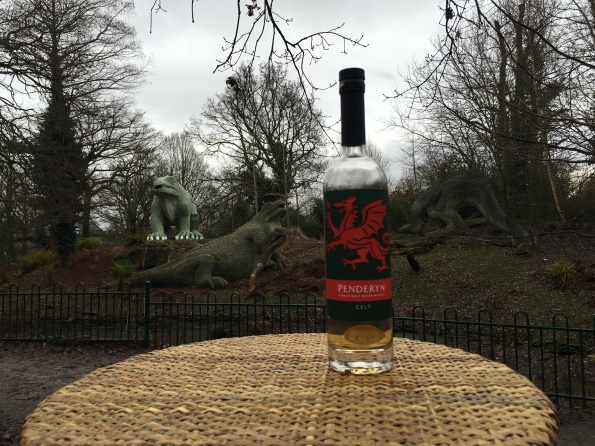 A good friend from Edinburgh recently had a mild heart seizure when I informed him that the fine single malt he was enjoying was not of the Scottish persuasion. This paled in comparison to the confounded flabbergasted look that followed the news that it was in fact Welsh in origin. Having already suggested that this was a damn fine dram, there was no escaping the fact that he had just betrayed his Scottish ancestry. Thankfully a few more sips of this fine amber jewelled nectar soon put pay to any patriotic pretence as to what makes a good whisky. In no time at all he was sampling as many whiskies of the world as he could cram into one night. My personal bar was lucky to survive the encounter, mostly intact. My friend assured me that this was a small price to pay for expanding his horizons.

Established in 2004 Penderyn is a fiery young upstart in the world of whisky, which has taken a hefty haul of awards and accolades since coming on the scene. Despite this, it was only recently that I tried this fine dram when some friends gave me a bottle for Christmas, a most excellent present indeed. Penderyn is a very young whisky, I would imagine no more than six year old. Nevertheless it is fairly complex in flavour. It comes in a variety of bottlings, and from what I hear all are very good. The one I tried, the Celt, is lightly peated.  The nose gives just a hint of smoke, some zesty orange, pear drops, cranberry, vanilla, and a medicinal smell reminiscent of TCP. The drink itself, is incredibly smooth, with a lot of honey, orange citrus, some vanilla, and a superb mild smoke note that majestically reveals itself mid-sip. The finish is a long one, it’s peppery with some fennel and orange peel, plus a good amount of smoke.  I think this whisky really is quite special. It’s uniquely sweet, in that it’s heavy on the honey but has little to no brown sugar. I would thus urge you to support this daring scheme whose origins lie in a half-baked idea around a pub table. I really love this stuff, a perfect after dinner enlivener.